What Does it Take to Really Be Free?

Many who ask for my support are so familiar with the suffering rooted in one area of their lives that they resist changing it. I don’t think this is conscious most of the time. It’s an energy born of fear about change and it overrides their desire for things to be different.

When someone finds the courage to connect with the Akashic Masters and learn what has occurred in a past life that isn’t yet resolved, the release is miraculous. You must be willing to let go of what is “normal” for the opportunity to experience the incredible freedom that comes from stepping into being who you were truly meant to be in this life.

Jason was married with a beautiful family. He had been raised by loving parents and adored his two sisters. It was his job, actually every job he’d ever had, where he seemed to struggle. When he came to me, he was about to turn forty and was experiencing a lot of conflict at work. Again.

Although he was focused on the issues he had with his current boss, our conversation revealed a pattern of conflict in every job he’d held since becoming an adult. Together, we asked the Akashic Masters to show us what was creating such strife.

The Akashic Record Keepers reveled that a monumental event from another life was behind it. Jason had a thriving business in this past lifetime until a fire destroyed everything. Broke and homeless, he gratefully accepted a loan from another businessman to get back on his feet but contracted an illness and died before he could repay the debt.

The guilt he felt around it came with him into this life, causing him to feel indebted any time he received money. Once he released himself from the karma of “owing” anyone who gave him money, he was able to find a fabulous work situation that paid him what he was worth in a supportive environment.

When I met Bridget, she was at her wit’s end. Relationships with two of her children were loving and healthy while she and her son butted heads virtually every time they were together. She had read every book and article she could find on creating solid relationships with your children to no avail.

“It’s been like this since he was a kid,” she admitted. “For a long time, I thought it was just because he was a boy and there was so much about how he behaved that I didn’t understand.” But her son was now in his thirties, and things hadn’t gotten better. In fact, they were worse.

She confessed she felt like an Akashic reading was her last resort. She was afraid a schism was coming and knew it would affect the entire family. What we learned when we dove into her records was that they had both been warriors in a past life. They battled each other their entire adult lives over one thing or another – land, control of resources, religious choices. Co-existing peacefully was never possible in that environment.

The Akashic Masters guided her to release this pattern of conflict from that prior lifetime so she could have a peaceful relationship with her son in this one. Not long after our time together, Bridget wrote me to share that the silly little things that had sent her over the edge before didn’t bother her anymore. Her willingness to release this old dynamic freed her to not only to love her son in a different way, it had a positive impact on the entire family.

Relationships are Affected by Old Vows

Eva had been dating Zach for five years when we met. They were talking about marriage but there was something in their relationship that concerned her. She felt responsible for him in a way she’d never experienced with any other man.

“I feel driven to take care of him,” she confessed. “I know it makes him crazy sometimes the way I hover, but I just can’t seem to stop.” Time spent in Eva’s Akashic Records revealed a relationship from a past life where she had been Zach’s nanny. When his mother got sick, Eva promised her she would take care of her son and she did, raising him as if he were her own.

This past life vow had come dangerously close to sabotaging a relationship with someone Eva loved very much. Releasing that vow gave her the ability to participate as an equal and truly be a partner instead of a surrogate mother.

We all have places in of our lives that offer an opportunity to dig into our past lives to find the relief we desire. You deserve that freedom! If there is something holding you back from the life you want, take advantage of my free guided meditation to create a Column of Akashic Light around you. Do the meditation and say the Prayer to Release Vows and super charge your release of those old, stuck vows from another life that are still affect you now.

As always, I’m here to offer additional support. Please reach out if I can be of service. And remember, we all deserve to be fully present here in the life we’re living. That is true freedom! 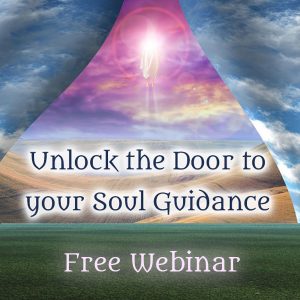 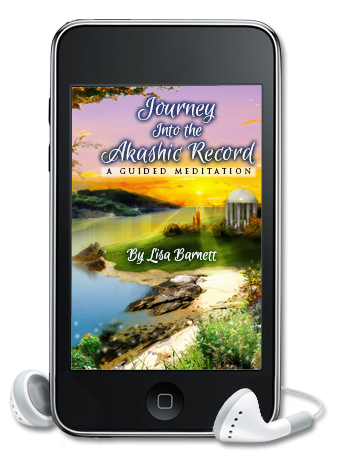