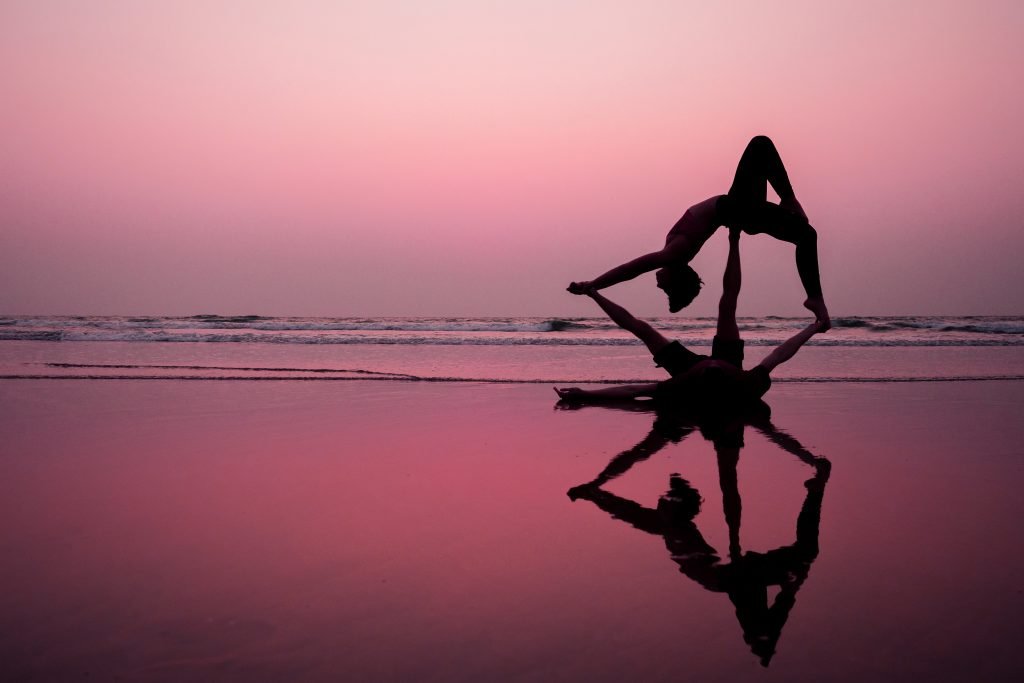 If you grew up in the 1980s, and especially were in a corporate business you’ll remember this. In those days women wore “power suits” and “dressed for success.” The idea was to mimic the male business look, stride confidently into meetings, and conquer the day.

It worked for some women at the time but many found themselves exhausted and sick from the constant “Push” to be more like a man. But this is a new era, where we’re awakening to who we are — and the nature of true power.

Many women have been so focused on embodying strong masculine energy that they’re out of touch with their feminine energy. By the same token, while men have been learning to welcome their feminine side, this is still often discouraged; boys who cry may be told to, “big boys don’t cry!”

Balance and Integration: The Watchwords of Now

Especially now, as we enter a new era in which gender identity is more fluid than ever before, it’s vital to understand that every person holds both Male and Female energy. It is important to integrate and balance both our feminine and masculine natures.

The Akashic Masters say the imbalances started thousands of years ago when society changed from matriarchal to patriarchal, causing the fall of the Divine Feminine Wisdom and also the Healing Temples. The takeover of society dominated by the male energy included men in power, politicians, warriors, and most importantly, the patriarchal church.

I have worked with many clients who have these imbalances along with a soul contract to help balance the masculine and feminine energy in the world. We each have two energy channels that run from our first chakra up to the seventh chakra. One channel is male, the other female. When they are out of balance, it can affect our health, our emotions, our vital energy and even our sexuality. The masculine and feminine energies are not about men and women, as they are not gender-based.

These energies live within all of us. Men usually carry more masculine tendencies, and women more feminine energies, but this is not always true. They can easily be reversed.

Just as a coin needs both heads and tails in order to exist, masculine and feminine energies are dual aspects in every being, equally necessary.

Since the beginning of time, the masculine and feminine energies have been separated in physical form, including the two channels in the body. We each have both of them. They are both necessary to create balance in our lives, minds, emotions and bodies. The very important point to remember in understanding the significance of balancing both energies is when they’re separated, our divine right, the magic of instant manifestation, has been compromised.

For the last two thousand years, the feeling side, or feminine aspect, of our nature has been perceived as “negative”. In fact, it’s often looked upon as a form of weakness. Women have been considered sinners, evil, and less important than men by most religions and societies.

In contrast, the male aspect has been seen as powerful and in control, revered for its approach to life that minimizes feelings or empathy. Because of this, few have learned how to use the male energy in a positive way and to balance with the feminine to achieve divine power.

The True Cause of Guilt Feelings

At the same time, the feminine side is often associated with feelings of guilt. Women and men who possess a lot of feminine energy can easily take on all the blame for a situation, while the masculine energy, both within and without, allows it.

How many times have your feelings and their expression been stifled? In society, it’s often either unacceptable to express feminine energy such as tears, sadness, and physical weakness, or masculine energy such as anger, aggression and resentment. Yet, we have these emotions, and they need to be acknowledged so they can be released.

Suppressing emotions may cause indecision, which leads to stomach issues or ulcers. The imbalanced and blocked energy clogs and binds the natural spinning movement of the solar plexus chakra, causing disease or discomfort in that area.

Now is the time for women to take back their power for the sake of the whole of humanity. If they tend to be more energetically male in their life or profession, it’s time to get to know the female energy they hold, appreciate what it stands for, then embody it to balance their life, thoughts, and emotions.

Loving yourself, accepting and forgiving yourself are the most important ways to get in touch with your feminine. The imbalance is there so that we can realize, discover and then reclaim the power of both masculine and feminine energy. Only then can it be used as a combined force of nature to manifest what is for the good of all concerned with ease and love. Alone, the male energy doesn’t possess conscious thought about the ramifications to humanity caused by action. But when the female energy is a part of the process, it ensures all sides are considered before making choices.

As we celebrate our country’s independence this month, let’s broaden the concept to interdependence: the recognition that we need one another, as individuals and as nations, in order to create a true whole. No one is an island, and each of us must acknowledge and learn to embody both our masculine and feminine natures in order to live a fully informed life.

The Akashic Masters offer the following prayer to assist you in this powerful work, which is so important for all of humanity right now.

Mother, Father, Goddess, God, please help me to feel the
divine balance of energy in my body.
I focus on my head and balance the right and left sides of the brain.
I move into my throat and balance the communication of truth with compassion.
I drop into my heart and balance the masculine channel and
feminine channel as I balance self-love, unconditional love and forgiveness.
I move down into my third chakras
as I balance my self-respect and self-esteem with my creative power.
I move into my fourth chakra and balance the male and female energies of work,
motivation, sexuality, and joy.
I connect to Mother Earth through my root chakra, creating a grounding tail as
I connect to Father Sky through my crown chakra.
I AM a balanced bridge of light.
So It Is. Blessed Be.